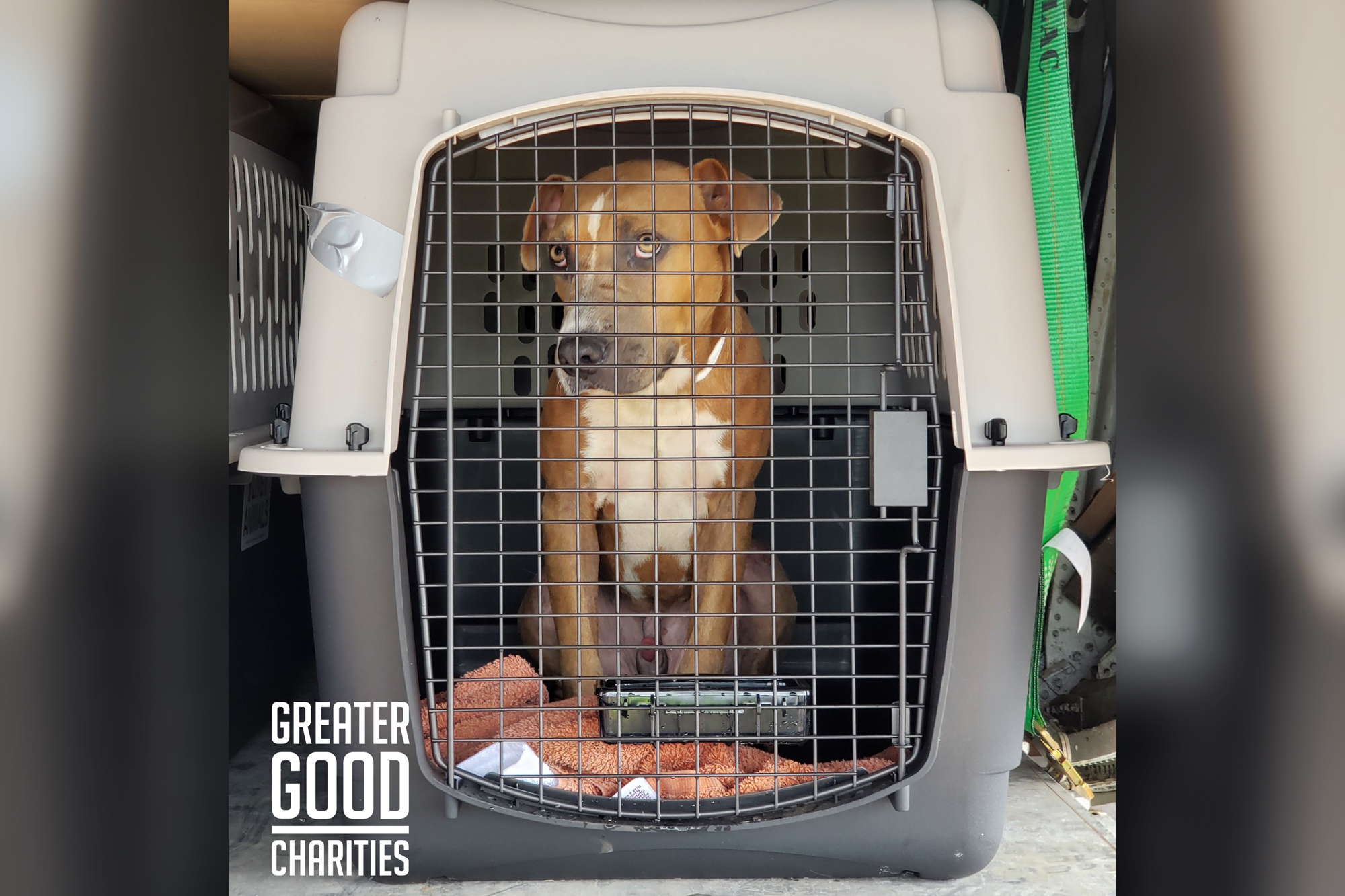 Maybe a vacation to Hawaii isn’t going to happen for you anytime soon, but how about a pet from the Aloha State?

An animal rescue group flew more than 600 dogs and cats from overcrowded shelters on five Hawaiian islands to the lower 48 where they’ll be available for adoption.

The groups behind the flight, Wings of Rescue and Greater Good Charities, are calling it “the largest pet rescue flight in history.” They used a Hercules C-130 plane, a large aircraft designed for military purposes.

The dogs and cats landed in Seattle Thursday afternoon. They will be distributed to various shelters in Washington state, Oregon, Idaho and Montana.

“Thank you so so much to all of our fantastic partners who made this mission fly so smoothly,” Greater Good Charities tweeted. “Let’s celebrate!”

Liz Baker, CEO of Greater Good Charities, said pet shelters in Hawaii are in “crisis” as a result of the COVID-19 pandemic.

“Normal operations have been affected by months of shutdown, economic downturn, limited hours and routine flights to mainland halted,” Baker said in a press release.

The flight was “urgently needed” to make more room in the shelters and find homes for the pets, according to Baker.

Steve MacKinnon, CEO of the Maui Humane Society, told Maui Now that its animal transfer program had been on hold for more than six months because flights had been canceled.

“Without the option of sending animals off island, we’ve been relying on foster families to care for our increased animal population, but there’s only so many animals our community can absorb,” MacKinnon told Maui Now. “This opportunity couldn’t have come at a better time and we are so grateful.”